Create a Comic: How to Plan and Lay Out Your Comic

Writing and drawing a  comic book is more time-consuming than it looks, but nothing beats the feeling of having a finished and beautifully printed final product in your hand. Whether you’ve been a comics enthusiast for a long time or are an aspiring artist who’s just getting into the medium, you can try your hand at creating your own comic with the right software and careful planning.

There’s a reason why professional comics release one issue per month: the comics medium is time-consuming. The work of both writing and drawing comics is too much for most creators, and full-color comics in particular require hours of work for just a single page.

The general comic planning process requires brainstorming, outlining, scripting, and layouts. Even if you’re writing a story with minimal worldbuilding and simple character designs, you’ll still want to pay close attention to every step instead of trying to just skip to the fun parts. Readers can find inconsistencies or plot holes quickly, and scenes that make sense to you might not make sense to your readers if you haven’t planned out the visuals carefully.

Even if you think you already have an idea for a great comic, take the time to flesh out other possibilities or variations on your vision. You may end up deciding that your fantasy story actually works better in a sci-fi setting, or that your team of protagonists should be treated as an ensemble cast rather than with a focus on one hero.

It’s okay to draw some inspiration from Marvel comics or other famous works, but try to make your comic original somehow. Do some basic market research to make sure no one else has done a concept very similar to your own. If accusations of plagiarism overshadow your story’s writing or art, your hard work might end up completely overlooked by fans.

Keep detailed notes of all ideas as you start outlining a plot. A scene or conflict that doesn’t work well at the beginning of the story may end up being very useful later as the story hurtles toward its climax. Plus, an idea that ends up not working in this comic could fit perfectly into a future series.

Once you have a general idea of the story’s length, start breaking it up into approximate arcs, issues, or volumes. You’ll be able to revisit these lengths once you write and revise the script, but having an overall story length in mind can help you manage the pace of each scene and issue.

Writing a comic script works very similarly to writing a movie script. The writer must establish which characters are present in which scene, where the scene takes place, and the exact order that events occur.

Before even starting the script, make sure you have worldbuilding notes and general character information fleshed out. This is essential to keeping things consistent throughout the story. Although you can change these later if needed, you should use them to work off instead of keeping track of everything in your head.

The script does not have to detail every shot and panel precisely, but a general idea of the scene’s focus and each page’s pacing needs to be established. Most writers determine roughly which actions and characters are present in each panel to make sure everything will fit, but these descriptions may be flexible.

If you’re only writing the script and will be passing it off to an artist for completion, make sure to ask for feedback from the artist and work collaboratively with them to make sure everything fits. It’s wise to engage them during both the general outlining and the full scriptwriting process to make sure the story and script fit their style.

Although this process is most challenging in action comics, it is still essential in detective comics, memoirs, comic strips, and other stories. Having a detailed script helps you ensure that every witty one-liner and dramatic reveal is appropriately shown in the final product.

Your art doesn’t have to be museum-worthy, but it needs to be more descriptive than stick figures. Conveying comic characters’ emotions and actions accurately requires practice, even if you’re an experienced artist. Making character design sheets with clothing, hair and eye features, and facial expressions as references is the best way to get a consistent art style.

You also should decide on a consistent overall color scheme and lineart style. If you’re going to create dramatic, gritty noir artwork like that of Jim Steranko, you or your artist should practice drawing your characters in this style. If you want art more reminiscent of graphic novels and memoir comics, manga-style art may end up being your source of inspiration.

You also need references for locations and recurring objects in your work. Draw references or use the internet to locate photos you can use to help you draw backgrounds consistently. You can even use 3D modeling software or models to help you create locations.

Deciding the final print size of your comic in advance is essential to making sure your artwork fits and keeps all important details visible. Standard dimensions for saddle-stitched comics can go up to 8” by 10.5” for magazine size, and larger custom sizes are available as well.

Japanese comics tend to be published at 5.5” by 7.75” instead of the standard 6.625” by 10.25”. If you’re creating a manga-style comic, this smaller size may be a better fit for your fans’ shelves. However, this does leave you with less room to squeeze text into.

Whatever comic page size you decide, make sure it’s sustainable for you to keep creating until the story’s completion. Larger comics are more expensive to print than smaller ones, and also require more time to complete. If you’re very new to art and writing and don’t have a huge fan base yet, you may want to stick to a standard size instead of trying to print huge magazine-size issues.

Lightly sketch thumbnails for each page, including all comic panels and making sure to note the characters and location for every scene. Remember to include the approximate location of sound effects, speech balloons, and other key elements. These need to be kept within the trim on the final design templates, so roughly sketching their location now can help you make sure everything still fits on the final page.

Not every panel needs to have a detailed background. Smaller panels in particular may get crowded if the full background is visible, and most artists can get away with only having a background color or one background object visible. However, each scene should start with at least one panel that shows more background to establish the setting.

Drawing cohesive and dynamic panel layouts is its own art form, so if you’re inexperienced in drawing comic book panels, getting the right layout and flow may take a while. Use splash pages or two-page spreads with bold, dramatic backgrounds occasionally to showcase important scenes. Irregular rows of panels and occasional inset panels are essential for conveying action and major plot developments.

Remember to incorporate different panel shapes into your work, and don’t be afraid to experiment. Having one or more characters “burst” out of the comic panel adds depth to scenes. You can even experiment with making some panels stark black and white instead of grayscale or color, which adds emphasis and tension. Keep at it, and you’ll get an amazing final product. 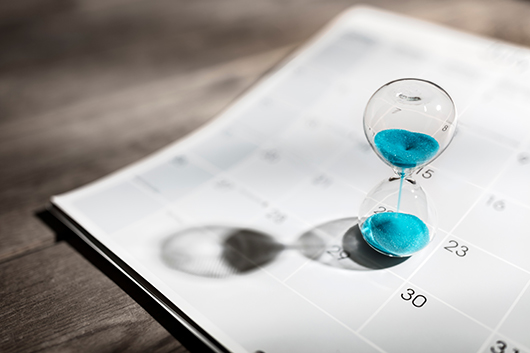 It doesn’t make sense to start marketing a comic too aggressively until it’s actually finished, but having a general idea of when you expect the comic to be completed can help generate buzz. If you’re new to drawing comics, remember that unless you’re drawing full-time, it’s unrealistic to finish a full-color page every day.

Indie comic artists might put out a new issue every 2-3 months, as opposed to every month like professionals can. Full-length graphic novels can easily take up to a year to complete, even for short stories that capture a specific day in the main character’s life. With this in mind, set realistic deadlines for each page and chapter, working with your creative team or supporters for accountability and motivation.

It’s always better to plan for a story to be on the shorter side, with additional arcs that you can add later if your future schedule allows it. An epic comic series could become overwhelming if your lifestyle or goals change within the next year or two. Be realistic, making sure to have a good wrap-up issue in mind if you run out of steam or want to pivot to another project.

When planning a long comic series, you don’t necessarily need to script out the whole story before starting the art for the first issue. However, you will want to finish at least scripting the first arc before starting art. Failing to script the full arc in advance could make it much harder to fix plot holes you discover later.

The Groundwork for a Successful Comic

Once you’ve completed all the steps and maybe read a few comic tutorials, you’ll finally be ready to start drawing the comic. All of the prep work may seem overwhelming, but in the end, it will make your finished product more polished. Avoiding inconsistencies in the story or unclear details in your art is vital to the reader’s experience.

If you’re struggling with the technical aspects of laying out your comic book pages, the team at Comix Well Spring can help. Our experienced and friendly staff will happily answer your questions about the appropriate size and formatting for your work. Since we specialize in comic printing, we know the challenges artists face and can provide guidance so your finished product turns out as you imagined.

We have a 25-copy minimum on print runs, making us a budget-friendly option for creators who are just starting out. Our 14-day standard production turnaround helps you meet your deadlines and keep your readers happy. Contact us at (734) 345-6852 to learn more and get ready to publish your comic. 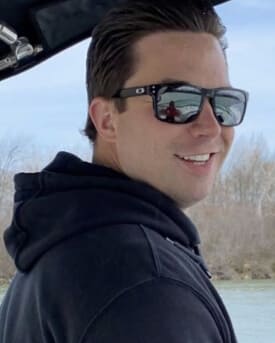 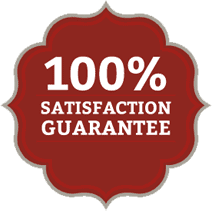